Notes. A halophytic polymorphic species with several different ploidy levels, distributed world wide. Smith-White (1988, 1990) recognised 4 main morphological types which have a loose association with the level of ploidy, but he refrained from giving them formal names due to the large number of intermediates. In general ploidy levels are higher in tropical regions.

A narrow leaved form (var. minor) and a broad leaved form (var. virginicus) have been described previously and maintained in recent floras (Jacobs & MaClay 1993). A form along the coast of southern Australia has small dark compact ovoid panicles and has been given a manuscript name susp. australis (R. Mills ms) but it is probably not worth recognition for similar reasons to those stated by Smith-White. The species differs from S. mitchelli by having longer spiklets, by the leaf sheaths usually being longer than the internodes, and by being rhizomatous as opposed to stoloniferous.

All coastal regions and also many inland regions with saline influence; Eastern Asia, Africa, and the Pacific region. Mainly restricted to maritime habitats with some records also from saline localities areas from inland and central Australia; flowers all year, but mainly during the warm months. 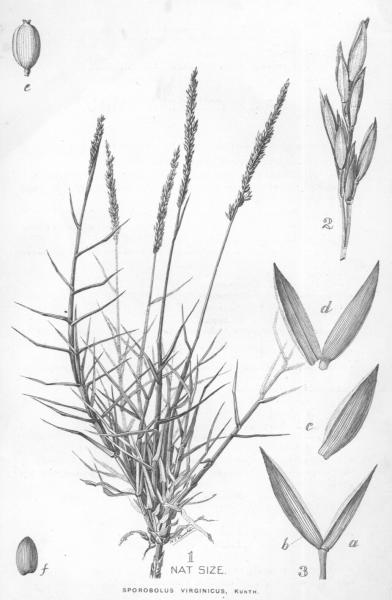 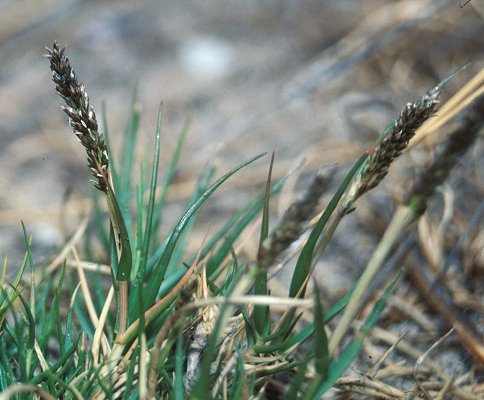