Derivation:.
From Greek arthron (joint) and axon (axis), alluding to the
jointed rachis.

Native. 7 species,
from tropical Africa, Madagascar, Mauritius, Indomalayan region (with most
species in India) to Japan and Australia. 2 species in Australia, Qld and NSW.
Also New Guinea and Malesia.

Inflorescence.
Inflorescence of spicate main branches, of digitate or subdigitate racemes or spikes,
usually subdigitate or non-digitate (when the racemes solitary), not a compound
pseudo-inflorescence (but the inflorescences terminal and/or axillary).
Spikelet-bearing axes spikes (rarely) or racemes (usually), with heteromorphic
spikelets or with homomorphic spikelets, clustered, with spikelets in pairs,
one sessile, the other pedicelled, disarticulating at joints. Internodes
disarticulating transversely.

Notes. A
homogeneous genus with a basic chromosome number of 9, and several unusual
features which make it difficult to classify. The most plausible comparison is
with Schizachyrium, in which the awn is also sometime basal though from
a bifid lemma, a comparison supported by the 2-keeled lower glumes of some
Arthraxon species (Clayton and Renvoize, 1986). 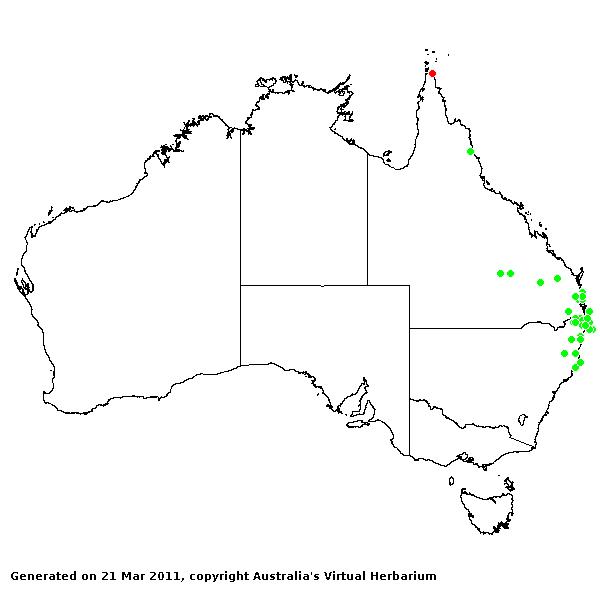