Derivation:. From Greek mikros (small) and the genus Aira, bacuse of resemblance on a smaller scale to that genus.

Notes. With the exception of M. subulifolia, which is confined to Queensland, all the species are distributed in a relatively small area of the Northern Territory and Western Australia. Characteristically plants of the species grow in localised colonies in highly specific habitats. The genus is notable for prominent features such as spiral phyllotaxy, mat-forming habit, and an unusual 2-keeled and many nerved or nerveless palea which is usually divided into 2 equal parts. A noteworthy physiological feature is the ability of plants to revive after dehydration (i.e. they are resurrection plants). M. subulifolia is isolated in terms of morpholgy, distribution and ecology (Lazarides, 1985). The genus is isolated from all others taxonomically and may deserve placement in a separate subfamily. However, pending futher analyses, they are presently placed as Incertae Sedis (Kellogg, pers. com.). 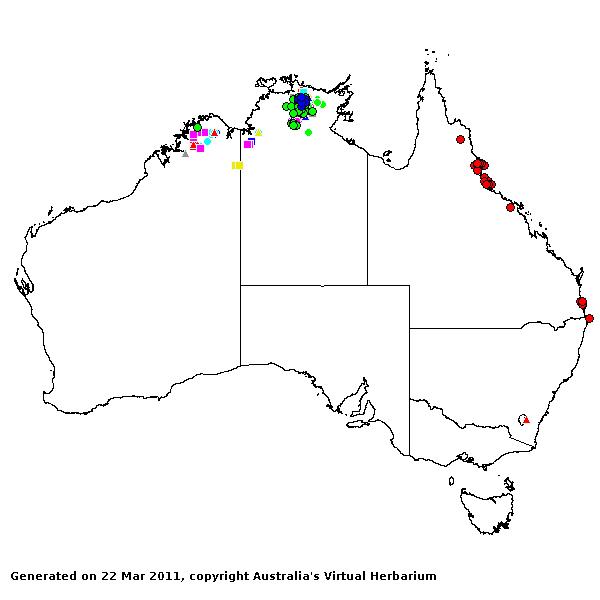 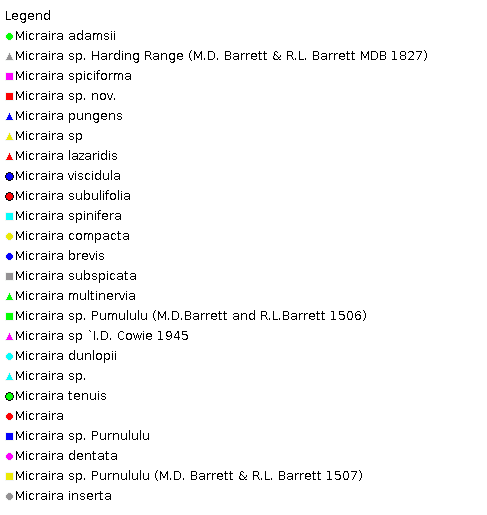