Derivation:. From Latin nassa (wicker basket with a narrow neck) and ella (diminutive), alluding to the resemblance of the spikelet to such a basket in lateral view.

Florets. Fertile florets 1. Lemmas tightly convolute (the margins much overlapped, concealing the palea), saccate (above, the gibbous floret characteristic of Nassella sensu stricto) or not saccate (the floret being symmetrical in most species of Nassella sensu lato), decidedly firmer than glumes, becoming indurated, entire at apex to incised (depending on degree of fusion of the lobes, and interpretation of the ‘crown’), awned, without a germination flap, obscurely 3 nerved, with nerves confluent towards tip, having flat margins not tucked into palea (but very convolute), not keeled. Awns 1, from a sinus or apical (depending on interpretation of the crown), geniculate, hairless (scabrid) or hairy, about as long as body of lemma (?) or much longer than body of lemma (mostly, commonly 11 cm or more long), deciduous (in gibbous-floreted Nassella sensu stricto) or persistent. Palea conspicuous and relatively short to very reduced (consistently less than a third of the lemma length), entire, thinner than lemma (scarious), consistently nerveless, not keeled, glabrous. Callus short to long (0.5–4 mm long), pointed or blunt. Lodicules 2. Stamens 1–3. Stigmas 2. Grain small to medium sized (?), ovate or oblong to pyriform, compressed laterally or terete. Hilum long-linear. Embryo large to small.

Notes. A segregate from Stipa with asymmetric laterally compressed florets (Clayton and Renvoize, 1986). Its circumscription includes all species of Stipeae with strongly overlapping margins, lemma apices that are fused into a crown, paleas that are highly reduced, and glabrous, with long epiblasts, and lemma epidermes with very short fundamental cells having silicified cell walls (Barkworth 1990). 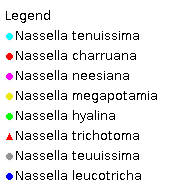 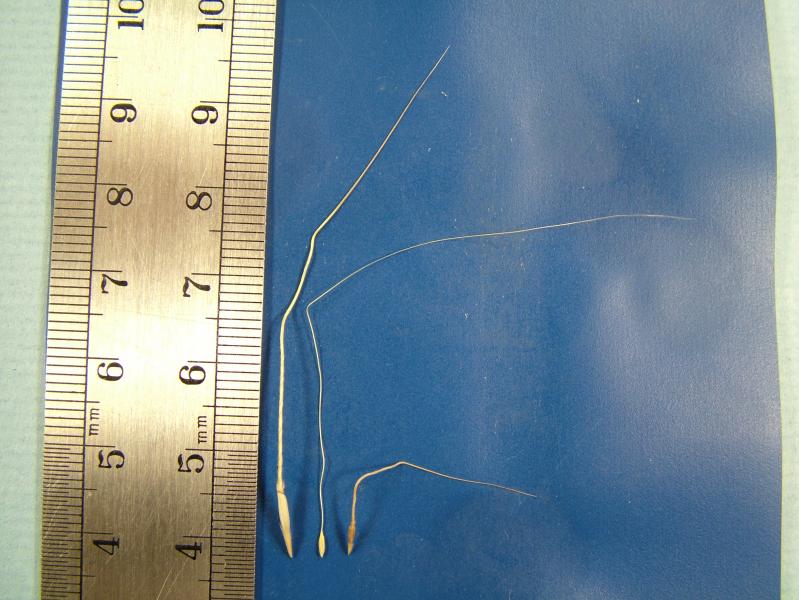 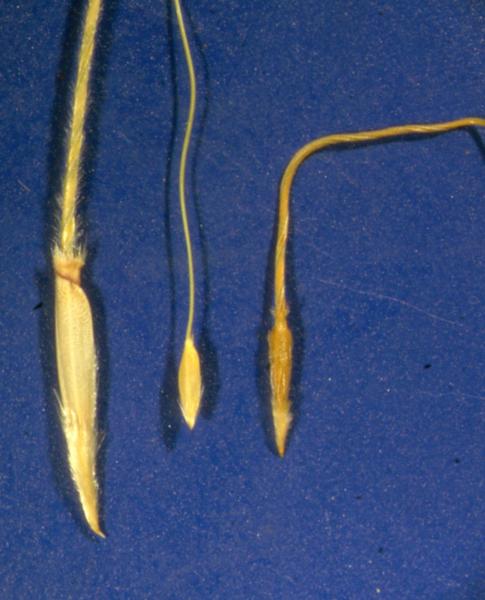