Derivation:. From Arabic denab (queue), alluding to the long inflorescence.

Inflorescence. Inflorescence of spicate main branches or paniculate (a raceme of numerous small spikes which become deflexed at maturity, the lower spikelets of each spike often replaced by small deciduous branchlets), a racemose panicle with spikelets all similar. Spikelet-bearing axes when disarticulating, falling entire (the smaller laterals deciduous).

Notes. The genus is linked to Leptochloa (Clayton and Renvoize, 1986). 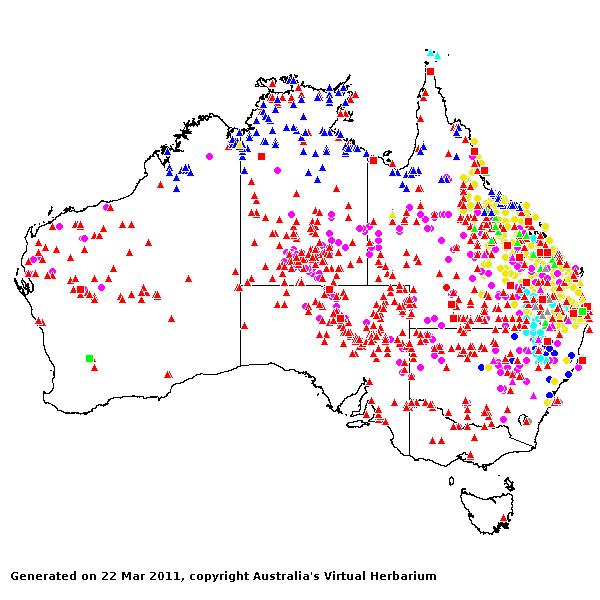 All species except L. fusca and L. digitata have been moved to Dinebra, but these changes are yet to reflected on AVH. L. fusca is now treated again in the genus Diplachne 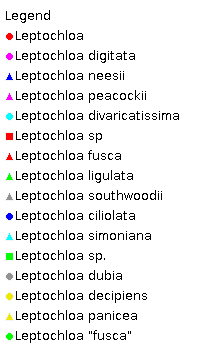