Derivation:.
Said to be the Latinised form of the Malayan vernacular name, bambu.

Native (also a number
of commonly cultivated species, which are not naturalised). About 120 species,
from tropical and subtropical Asia, Africa, America. 3 species in Australia, NT
and Qld. Also New Guinea, Malesia and New Zealand.

Inflorescence.
Inflorescence paniculate (of pseudospikelets, these solitary or in tufts,
fascicles or capitula on leafless branches), an open panicle with branches
ending in single spikelets, open, spatheate (with or without foliage leaves), a
compound pseudo-inflorescence. Spikelet-bearing axes much reduced or paniculate
to capitate.

Notes. Bambusa
was formerly recognised as a genus from both Old and New Worlds, distribution
being mostly in Asia and Central to South America. All American species
formerly placed in Bambusa are currently accepted as members of the
genus Guadua (Judziewicz, Clark, Londono and Stern, 1999) (B.K.Simon). 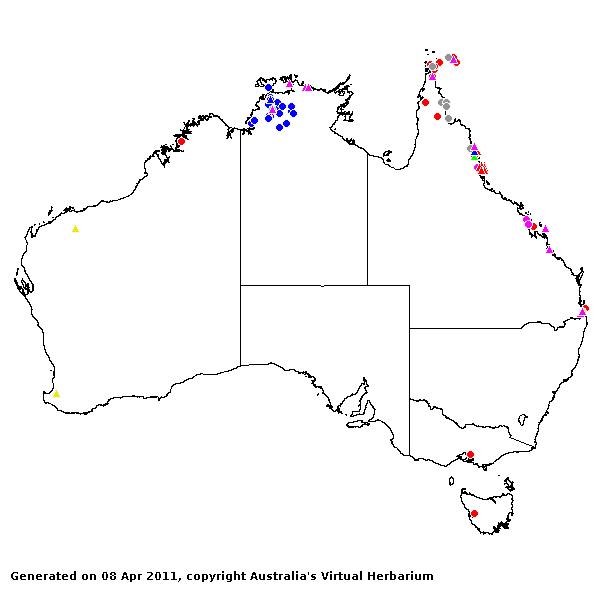 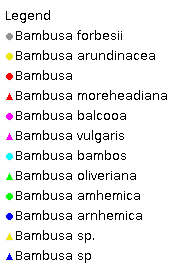