Derivation:. From Greek schizen (to split) and achuron (chaff), alluding to the bilobed lemma of the sessile spikelet.

Inflorescence. Inflorescence a single raceme or paniculate (of single racemes, these sometimes solitary but usually in a spatheate false panicle), a spatheathe panicle, spatheate, racemes single, not in tight heads, a compound pseudo-inflorescence. Spikelet-bearing axes peduncled racemes, with heteromorphic spikelets, solitary (in their spathes, but often fascicled), disarticulating at joints.

Spikelets. Spikelets dorsally compressed (or subterete below and compressed between the internode and the pedicel, lanceolate to linear), 2 flowered, with 1 fertile floret, paired, sessile and pedicelled, in pedicelled/sessile combinations; sessile spikelet with lower incomplete floret. Fertile spikelets falling with glumes (and the joint).

Glumes. Glumes more or less equal, long relative to adjacent lemmas, awned (the upper, rarely) or awnless, dissimilar (the lower bicarinate, the upper thinner and naviculate). Lower glume two-keeled (the keels not winged, but excurrent as teeth or mucros), convex on back to flattened on back, relatively smooth, 3–13 nerved (with several between the keels). Upper glume 1–3 nerved.

Notes. The genus is very closely related to Andropogon sect. Leptopogon, being distinguished by its single racemes. The intercarinal nerves and fimbriate internode tip serve to separate it from the few species of Andropogon which also have single racemes (Clayton and Renvoize, 1986). 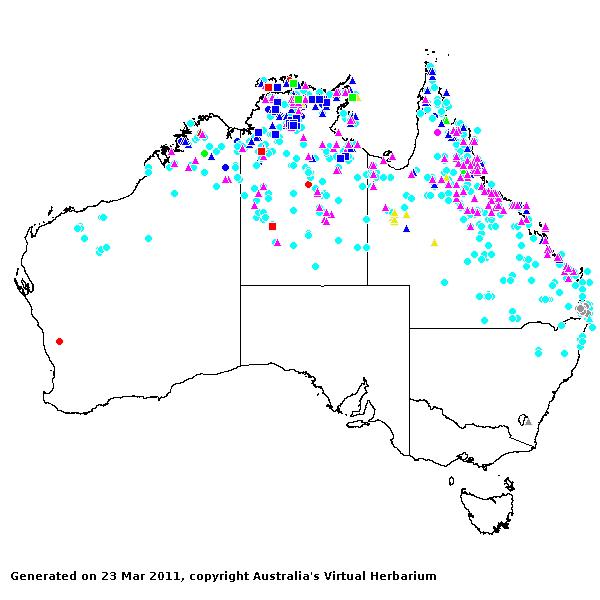 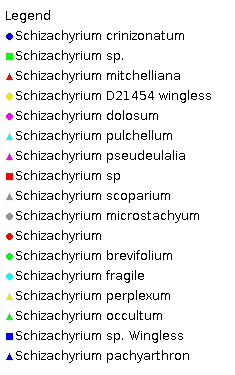