Notes.
T. brizoides is treated in the broader sense, including the more
recently described T. burkensis and T. clelandii, as the
characters used to distinguish the taxa have been found to be variable.

Occurs
disjunctly between 17°S and 26°S in W.A., N.T. and Qld, and from the W.A. coast
to 141°04'E. Predominantly in skeletal, rocky or stony soils on hills, ranges,
foothills, ridges, scree slopes and outcrops in association chiefly with
quartzite, sandstone, laterite and limestone, but also with shale, basalt and
metamorphic rocks; less frequently on sand plains, sandy river channels and
banks, deep red earths and clays, and sandy loams; flowers all seasons; fruits
all seasons. 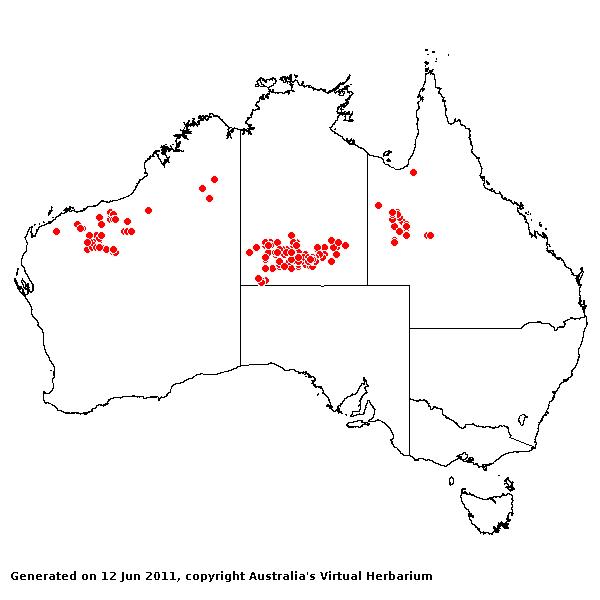 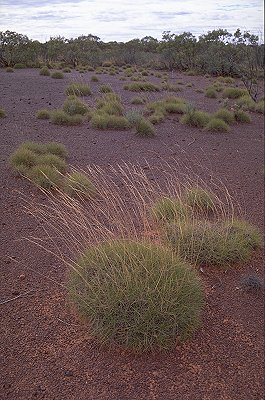