Derivation:.
From Greek, a (not) and streblos (twisted), alluding to the
straight awns. The common name is in honour of Sir Thomas Mitchell who
collected the first recorded specimens near Condobolin, N.S.W. in 1836.

Notes. An
isolated genus, with no obvious relative in Cynodonteae, but some resemblance
to Tetrapogon (Clayton and Renvoize, 1986). Although the species are
readily distinguished, probable interspecific hybrids occur but are mostly
sterile. Self-fertilizaton under experimental conditions has been reported for
all four species, and evidence of cleistogamy seen in all species except A.
squarrosa. Mitchell grasses are restricted to the black, grey, brown and
red cracking clay soils, and are usually a major element in grassland
communities on these soils. They are well known for their drought resistance,
persistence and fodder value. In many areas of Qld, there is a cyclic
oscillation between Mitchell Grass dominance and Queensland Bluegrass (Dichanthium
sericeum) dominance, according to the particular sequence of wet or dry
seasons (Flora of Australia 44B, 2005).

Economic Attributes
(Lazarides, FoA) All species are palatable and valuable pasture grasses, with A.
lappacea also cultivated for fodder. 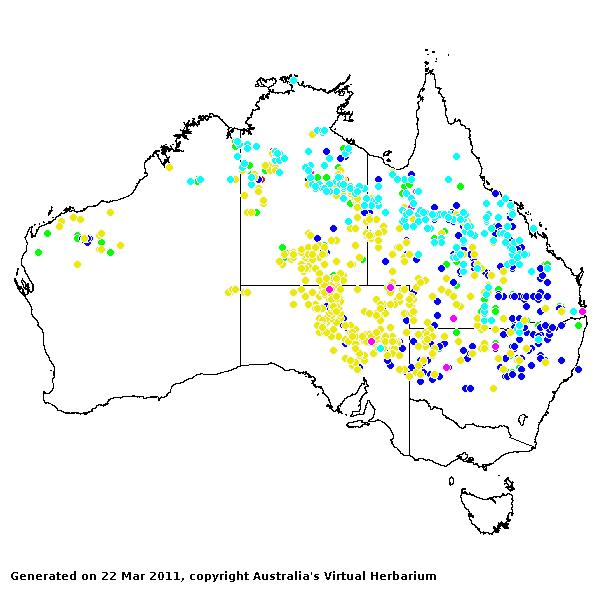