Derivation:. The Indian name for this genus.

Native and naturalised. 6 species (species number is variabledepending on the species concept; many cultivated and weedy segregates are recognised at species rank in this treatment), from pantropical and subtropical regions. 6 species in Australia, WA, NT, SA, Qld, NSW, and Vic. Also New Guinea, Malesia and New Zealand.

Habit. Annual or perennial, rhizomatous or stoloniferous or tufted or decumbent. Leaf blades broad or narrow. Ligule an unfringed membrane to a fringed membrane or a fringe of hairs (rarely).

Glumes. Glumes more or less equal, long relative to adjacent lemmas, awnless or awned (the upper, sometimes), dissimilar (the lower flat or rounded on the back save at the summit, upper naviculate). Lower glume two-keeled (above and winged), convex on back to flattened on back, relatively smooth, 5–11 nerved. Upper glume 3–11 nerved.

Notes. The taxa of agricultural importance are closely related to S. arundinaceum, and form a complex whose many variants have attracted a deluge of specific names, which have been reduced with greater cytogenetic understanding (Clayton and Renvoize, 1986). The genus has been subdivided into subgenera by Garber (1950), and recent cladistic work by Spangler (in press), based on molecular and morphological data, recognises 3 genera, Sorghum, Sarga and Vacoparis.. 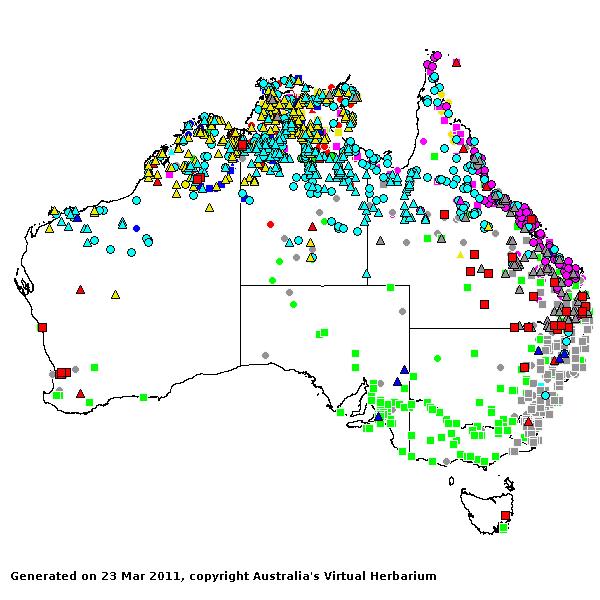